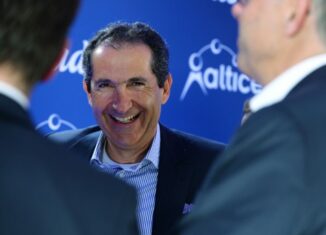 Altice has garnered the first results of its attempt to win back subscribers, posting Thursday in the first quarter its best commercial performance in France since the acquisition of SFR after a series of poor performance that worried investors and caused its stock to fall. The operator, owned by billionaire Patrick Drahi, resumed at the beginning of the year with the gains of fixed subscribers, with 71,000 additional customers, for the first time since its takeover, thanks to a clear decline in the rate of unsubscribing from its customers.

In mobile, the operator recruited 239,000 new subscribers to a package, also its best performance since November 2014, returning to the level of its competitors. However, Altice France’s consolidated revenue fell over the period to 2.59 billion euros, compared to 2.61 billion euros in the first quarter of 2017, penalized by the decline in average revenue per subscriber in one year of 35.9 euros to 34.7 euros, in a context of repeated promotions battle between French operators.

However, the decrease is lower compared to the previous quarter while the adjusted EBITDA improved from 908 to 915 million euros. The inability of Altice, heavily indebted, to stop the departure of subscribers, in particular in fixed, despite massive investments in content and sports rights, created a wave of panic among investors at the end of the year. last year, weighing down the title on the stock market.

To bounce back, Altice reviewed its management team and its commercial strategy, while giving priority to debt reduction before opting to separate its activities in Europe and the United States. “In the first quarter of 2018, Altice Europe started to materialize its operational turnaround plan, showing the best subscriber trend Altice has ever recorded,” Dexter Goei, CEO of Altice NV and from Altice USA. “We are optimistic that these first significant improvements will be amplified in the coming quarters”.

The rebound of Altice contrasts with the results below expectations published Tuesday by rival Iliad, marked by the first loss of fixed subscribers in its history and sanctioned by an unprecedented drop in the stock market. The operator founded and controlled by Xavier Niel paid the price of fierce competition in the French telecoms market, which has had a difficult time Bouygues Telecom (Bouygues), several times the subject of takeover attempts, before SFR was struggle.

For Xavier Buffon, analyst at the rating agency S&P, 2018 promises to be lively on the telecoms scene. “In years past, when there were three that were doing well, there was one that was not doing so well. This is the first year in which we will have the four (…) who will aggressively want to retain their market share, ”he said on Wednesday during a presentation.

Including the group’s other activities in Portugal, Israel and the Dominican Republic, Altice Europe saw its revenue remain stable at constant exchange rates at 3.53 billion euros while its adjusted EBITDA fell by 0.5 % to 1.3 billion euros. The group has adjusted its free cash flow forecast for 2018 in order to take into account the new IFRS 15 standard, now expected between 2.3 and 2.5 billion euros for Altice Europe and between 1.5 and 1, 6 billion for Altice France.

After The ZTE Affair, The Telecoms War Between China And The...