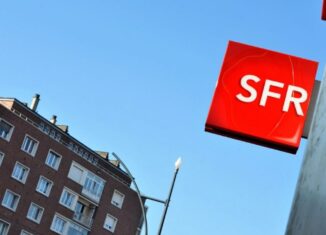 Recognized media entrepreneur, shareholder of the group, Alain Weill has nevertheless gone slowly. For three months, the new CEO of Altice France remained discreet and learned how the company works alongside Armando Pereira, the co-founder and operational general manager of the operator. But this Tuesday, March 20, in one of the towers of the Altice Campus, he came out of the woods, as optimistic as he was realistic about a strategy that has put the company in difficulty in recent years. It is not helped by the context: a turnover again down to 10.8 billion euros in 2017, an interesting EBITDA of 4.2 billion euros and a positive cash flow which continue to invest, do not adapt well to the continuing flight of fixed Internet customers (less than 170,000 subscribers in 2017). So he is betting on a more modest strategy than the previous one. What are the four pillars of this new recovery plan?

1 – Complete the social plan and establish the management

“This plan for voluntary departures of 5,000 people was carried out with difficulty, entire departments were destabilized. But this page is definitely turned, ”he launched by way of a reassuring introduction, an indirect message to investors. This upheaval, which is still ongoing, should cost a total of 800 million euros, reports the executive director responsible for finance, François Vauthier. But it should make it possible to achieve 300 million euros in annualized savings very soon.

The Altice USA and Europe entities will be better separated, but the two strong men of the group remain in place. “Patrick Drahi and Armando Pereira have been on the move since November. We are fortunate to be able to rely on shareholders who are experts in telecoms, the cable men, ”continued Weill. “We are expecting a turnaround for the company, it shows in the first results of the first quarter. We are confident”.

The new SFR will put the customer back at the center of the economic equation by overhauling customer service. “The obsession with the customer, in fact, we have not thought about it these last three years”, concedes the one who wants to attack it “with professionalism and ambition”. It is Grégory Rabuel, executive director for the general public, who is in charge of this thorny issue, central to stem the flight of subscribers. He advocates an “Altice method”: 90% of calls will be handled in less than 60 seconds, certain customers will be informed of the difficulties before calling, an expert unit will take charge of all the stages of the problem for complicated cases. At the foot of the wall, Alain Weill does not completely rule out the idea of ​​rehiring people in customer service to fill the gaps left by departures. Finally, in recent months, customers have been invited to note their level of satisfaction: “it has increased by 9% in recent months,” says Grégory Rabuel, without further details.

“A new trade policy was launched a few days ago. It is based on simplified offers focused on broadband, ”summarized the CEO France. No more tricks and unreadable prices with decimals: the new fixed Internet offers will be offered at round prices, between 23 and 54 euros, price of the box included. To avoid unpopular measures such as the systematic increase in the price of mobile offers last summer in exchange for new content, SFR is separating its offers from its sports and cinema options. Le Plus Sport, including football rights, will therefore be available from 5 euros per month for SFR customers and 15 euros for others. Same approach for the Plus Ciné Séries, accessible for 4 euros for some and 10 euros for others.

Since the takeover of SFR, Patrick Drahi has bet on the convergence between the pipes and the contents. Alain Weill did not really question this choice. “We think that this first intuition was the right one, but some adjustments had to be made”. Ultimately, once the NextRadioTV group has been absorbed, the group’s media turnover should represent one billion euros in turnover.

On the content production side, it is investing in a specialized channel with a more consensual brand than that of the operator in order to broadcast it everywhere, “RMC Sport”, available in five versions depending on the number of programs desired.

On the broadcast side, here is Alain Weill obliged to return to the principle of the exclusivity of content for subscribers of the operator SFR. “We want to multiply the platforms for accessing our content”. The SFR press kiosk (80 titles) will also be available at a low price for subscribers and a priori 10 euros for others, with a delinearised service as a bonus. A clever reaction to the regulation of VAT press. Criticized, in danger, SFR has not said its last word.

IT: IBM To Invest $ 3 Billion In Cloud And Data